The people who make up the private Facebook group are allegedly past and current law enforcement officers, people tasked with the duty of protecting lives. However, in their group, they expressed their hatred for Black Lives Matter activists, made plans to kill Shaun King and also spoke about how they will execute their plans.

The members of the group, who appear to be White Supremacists, also expressed their hatred for the liberals.

One of those who threatened Shaun King’s life is a retired Long Beach Police officer Laura Tartaglione.

Tartaglione posted in the group: “The man who put this tweet out today is a founding member of BLM, he also introduced Bernie Sanders at his attempted presidential run.

“I think California needs to start putting a team together of retired military, police, and NRA Members. These criminals that the Democrats created need to be stopped.” 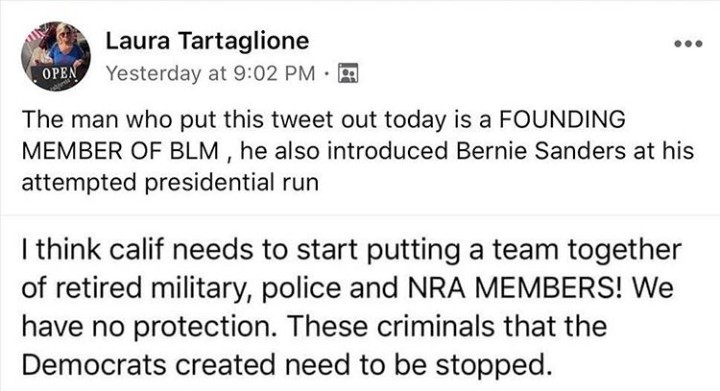 Another member of the group, Roy Brokaw then says, “I’m with you brothers and sisters for justice. And I’ll be there. Tell me when and where. Does anyone know where this Shaun King can be found?”

This was after Chris Sanford had written, “Toss this guy from a helicopter.” 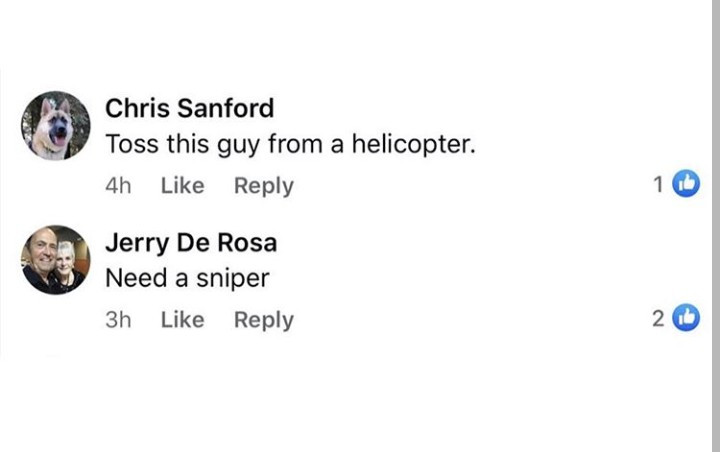 “Shaun King needs to be put down,” John Houchens wrote. 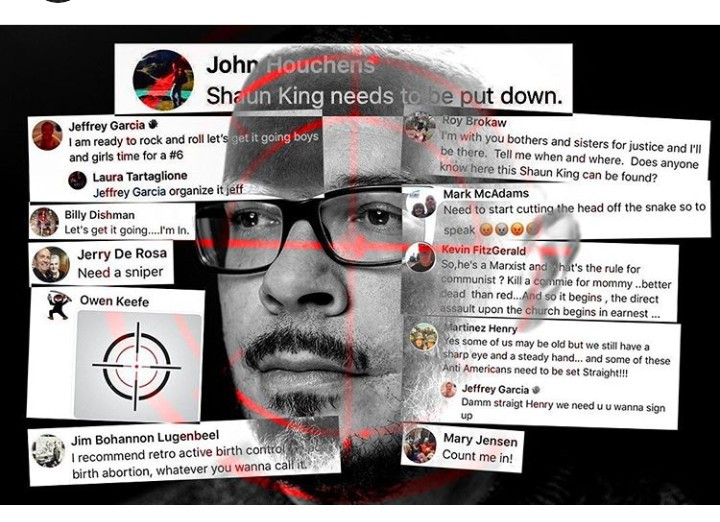 Jeffrey Garcia, of the Long Beach Police Department, said, “I am ready to rock and roll — let’s get it going boys and girls. Time for a #6.” 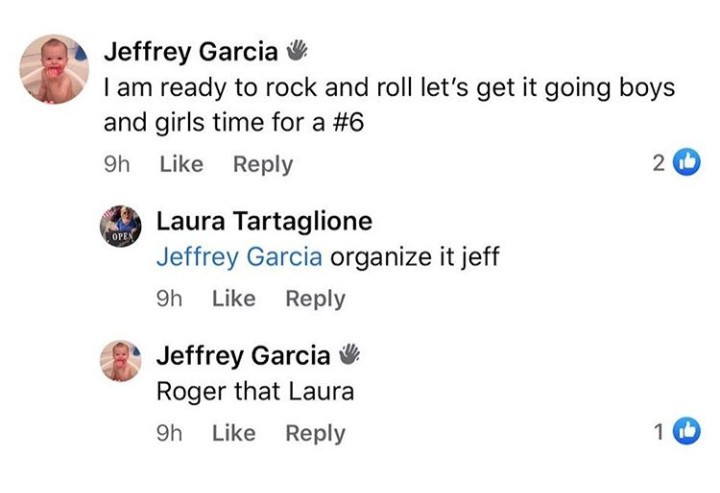 Henry Martinez, a retired officer, posted a picture of a man with a gun, then says, “Yes, some of us may be old, but we still have a sharp eye and a steady hand… and some of these Anti Americans need to be set straight!”

Jeffrey Garcia then replies, “Damn straight Henry. We need you. You wanna sign up?” 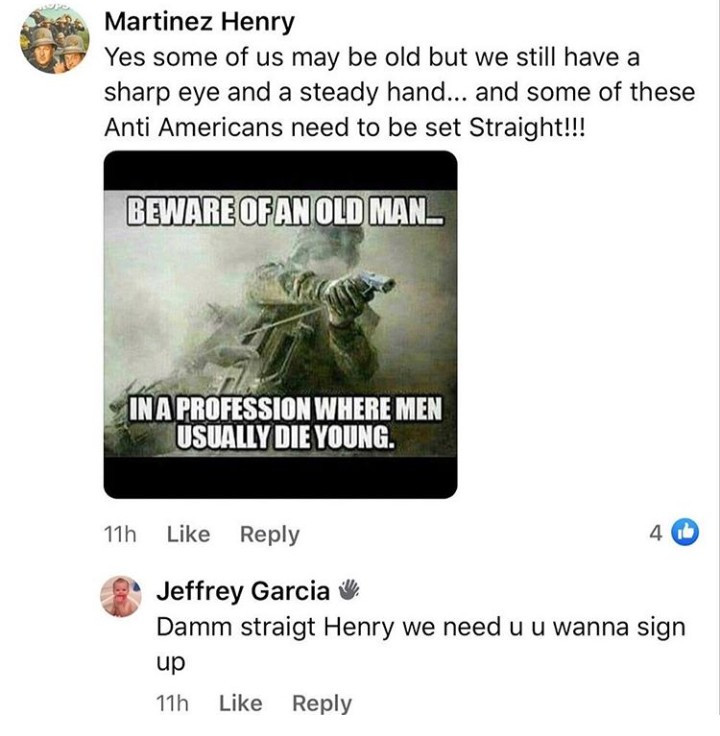 Other members of the group further contributed their suggestions for Shaun King’s assassination.

Screenshots of their plans have now been made public and their target, Shaun King reacted to it.

Shaun said he has been receiving threats for years because of his activism but they were from anonymous people trying to use fear tactics to silence him.

However, he said a threat from the people who have the means to actually kill him, people who are meant to keep the law, is not one to be taken lightly. He asked who one can report to in this case when the people who should be reported to are the ones planning his assassination.

In a blog post shared on Medium, Shaun wrote: “On this past Tuesday morning I received a very alarming text message from a friend. Inside of a private Facebook group for California Law Enforcement Officers, members of the group were openly plotting and planning my assassination.

“Sadly, I receive death threats daily. It’s been that for years, but they are mainly from anonymous strangers and seem more designed to intimidate me and my family than they appear to be imminent threats of physical harm. We take them all seriously, but what we found in this private Facebook group is altogether different. These were men and women, in a private group that they had no idea I’d ever see, using their real names and identities, openly plotting to kill me and organizing each other to execute it.

“Who do you call to report the misconduct of current or retired law enforcement officers? Because I lack confidence in any law enforcement system to handle this, I feel the burden to release this publicly for my own safety and for the safety of my family.”

Below are more screenshots of the plans made by law enforcement officers to kill Shaun King. 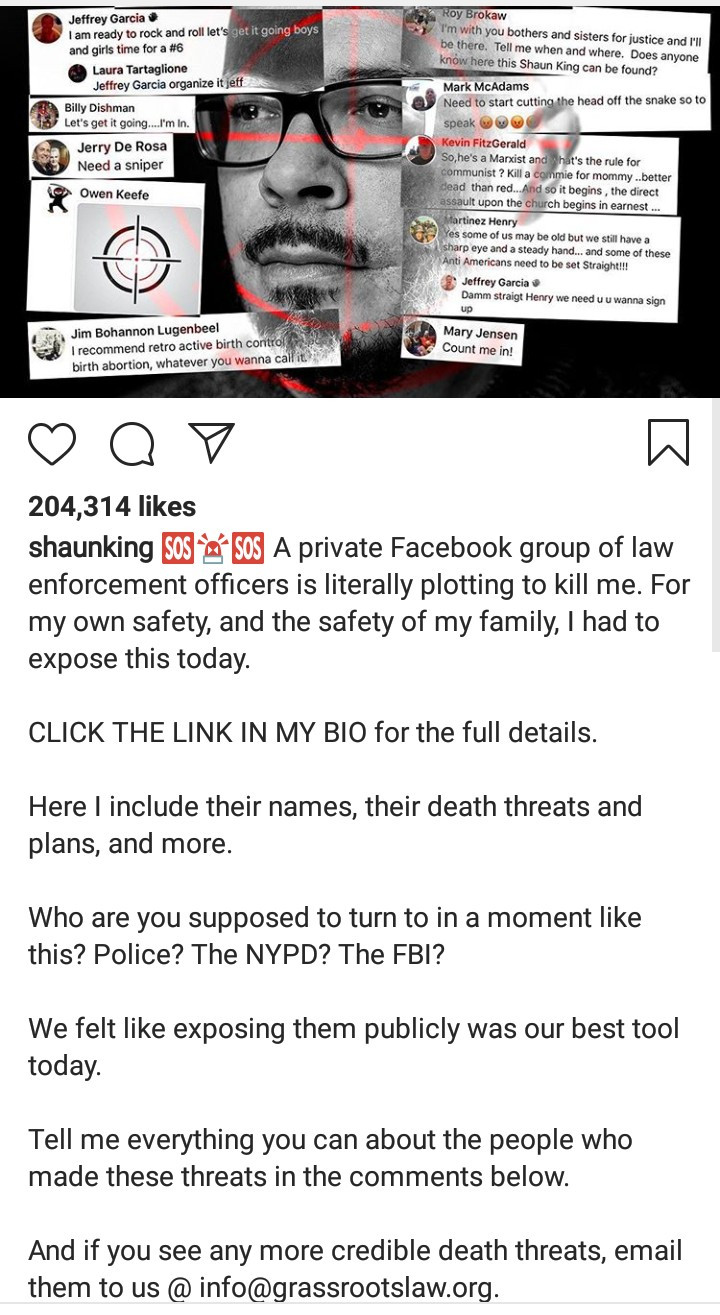 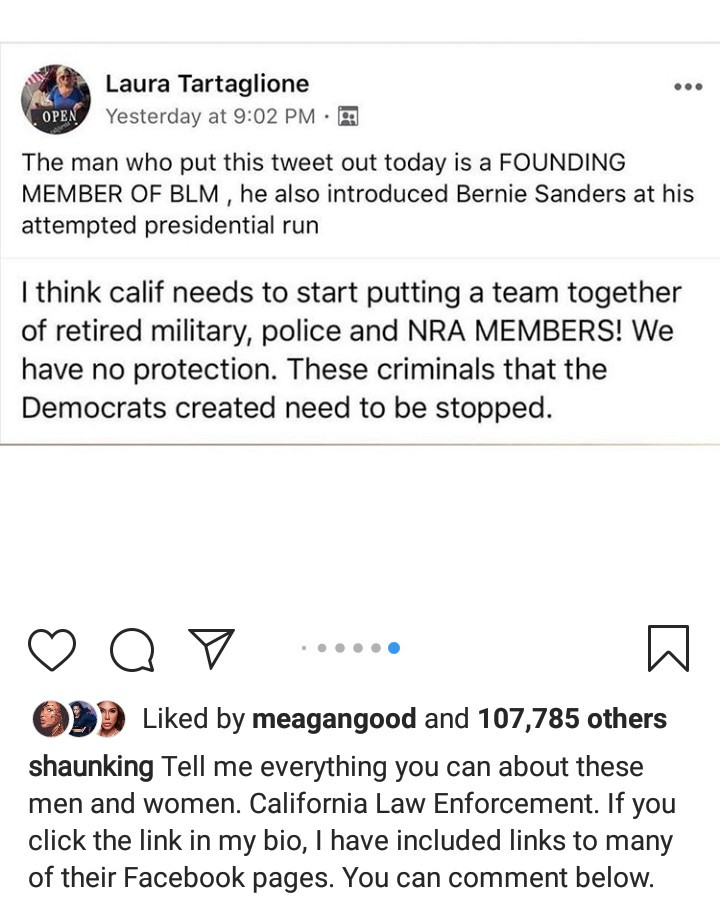 The Long Beach Police Department along with the FBI have reacted stating that a team is investigating the case.

”The messages were posted from personal Facebook accounts to the group and none of the people named in the article are current Long Beach police officers, the Police Department said in a Thursday statement.

“We have submitted this information to our Investigations Bureau for further review and recommendations regarding a criminal investigation,” police said. “Based on the totality of circumstances, the LBPD has requested and will receive assistance from the FBI regarding this matter.”

Long Beach police added that the department was “appalled and deeply disturbed by the tone and content of the posts which in no way reflect the core values and professional standards” of its employees.

The three former officers connected to the alleged threats reportedly left the Long Beach Police Department in 2014, 1997 and 1993.

Lady accuses House of Reps aspirant Ettu Mohammed of rape. He denies it claiming she is a bitter ex who is out to blackmail him